Ode to the Storehouses of Empire, the Demon god Mammon, Black Friday 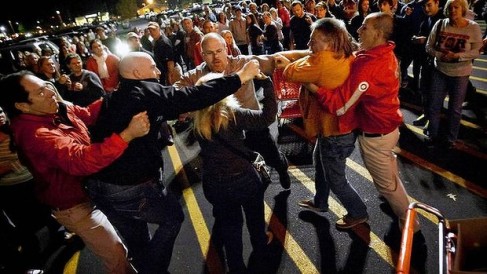 The only things left

are the rubber balls rocking inside an open metal cage

the porcelain teapots had no chance, neither did the plastic t-shirts, eel

The crowd will carry us

asphyxiation will only take the weak

Washing the blood off entrance doors

she wipes her underpaid brow

picks up a hand

tries to find whose torso it belongs to, not bad considering

went dancing, then one got liquored up

bickered with the Barbie doll aisle,

now Barbie has one leg and a

When we get home we put up lights

make a pie, admire the fights we attended for our children.

Notice: This Friday will require one sacrifice

you can always blame someone else

listen to the trance of the black box

There are upsides to depression. For instance, say you are on your way home from a long day working at a factory somewhere and you find out your dog has eaten your favorite pair of shoes and/or your birthday cake. Most people would become furious, start waving their arms and raising their voices all shrill like. But you simply walk in the door, notice both the shoes and the cake, and just sort of shrug your shoulders because you don’t really care about anything these days. Your nihilism has reached an all time high. See what I mean? It’s not all bad having a chemical imbalance in your brain that makes everything as bleak as a Bergman film. Anger for instance goes away and the caring about small things like a pair of shoes and/or a birthday cake. Of course happiness goes along with it but no one ever said you could have it all.

Another upside to depression is that you never expect anything good to happen in life so when something good does happen well, it really makes your day. Like when someone offers to pay for your coffee or your parents remember your name. I mean, sometimes you wish for death and when that doesn’t happen it can be a little bit disappointing but this can also be a good thing because you don’t really fear death. You welcome it. And because you don’t fear death you are completely immune to the worries and fears of other people’s lives such as “What if I get hit by a train?” or “What if I get cancer and my balls get chopped off?”

Are there other upsides to depression? Probably not. But I one or two upsides is better than none.

Before You Do Anything Else, Watch These Movies. 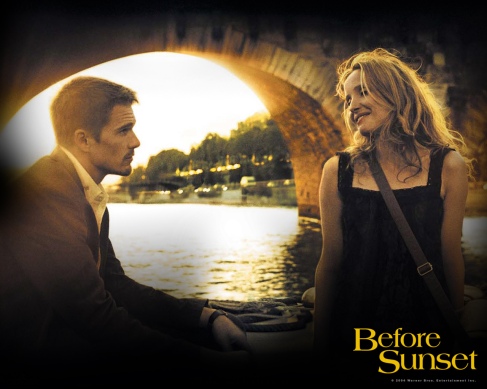 I just finished watching the “Before” trilogy with my friend Tim who works for Sundance. For those unfamiliar it includes the films Before Sunrise, Before Sunset, and Before Midnight with Ethan Hawke and Julie Delpy. I had heard of these movies in passing but never given them much thought. I think I had read a review of Before Midnight since it just premiered at Sundance here in Utah last year, but from what little I heard of the films I knew that people liked them but they sounded, to be honest, not very interesting. I had been on a David Lynch and Stanley Kubrick kick, watching really “weird” movies.

But, let me just tell you as objective as is possible, these movies are incredible. They stick with you in the way a good novel does, they sink beneath your skin with their whimsy, depth, and beautiful dialogue. In fact, this piece is not so much of a review, as pure praise and a plea to go see these films.

The premise is quite simple. In fact very little plot at all flows through the first to the third film. Think of it as the opposite of Inception. Scenery and plot exist primarily as a vehicle for the romantic, wandering, and endearing dialogue between two human beings.

The first film introduces characters Jesse (Hawke) and Celine (Delpy) travelling on a train in Europe. Jesse is on the way to Vienna to catch a flight home to the U.S. after a break up and two subsequent weeks of train travel. Celine is on the way home from Budapest to Paris to continue school. The two strike up conversation and immediately sense a connection. Jesse—young, talkative, and audacious, asks Celine if she would want to accompany him around Vienna for the night until his flight takes off in the morning. She agrees and the two spend the rest of the night conversing around the streets of Vienna visiting café’s and bars.

Sound romantic? It did to me. It’s practically a fantasy of mine. Meet some girl on the train and spend a romantic night wandering around an old European city, yes please (except that I’m married and I love my wife, love you dear!). The only catch is that the two agree not to share any contact information when they say goodbye. They don’t want the awkward calls or letters that could follow and they accept the pragmatism of their situation (She lives in Paris, he in the U.S. and the chances of anything working are slim). They simply want to accept the night for what it is—not in a one-night-stand-debauchery sort of way—but simply for the fact that each enjoys the other’s company.

The second film (spoiler alert) picks up in Paris nine years later and the third film occurs eighteen years after their first encounter on the train. What’s remarkable is that the span between the characters happen in real time, meaning Before Sunrise came out in 1995 and Before Sunset came out in 2004, nine years in real time. So Hawk and Delpy are quite literally nine years older than their last encounter each time. The timing works as such that it feels remarkably honest and true to life, functioning as a near documentary. Before Sunset unfolds also literally in real time, existing in eighty-minute time between when Jesse meets Celine again and then has to depart for his flight.

All films exist solely in the world of dialogue. If you’re skeptic about this, that’s okay, these characters and brilliant performances by both Hawke and Delpy will win you over. Each film with such a simple premise is able to tap into something beyond itself. They’re more than love stories or commentary on relationships and marriage. Providing both a healthy dose of realism and romanticism, the Before trilogy goes beyond sentimentality or intellect, tapping into an other worldly sense of humanity you thought had disappeared. 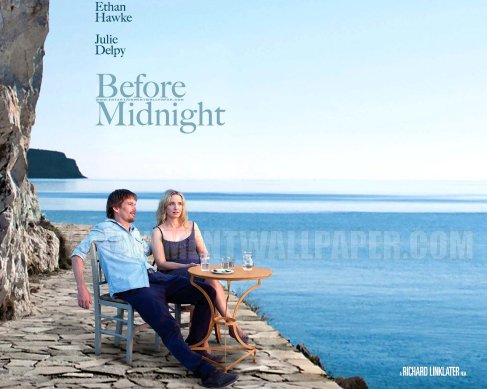 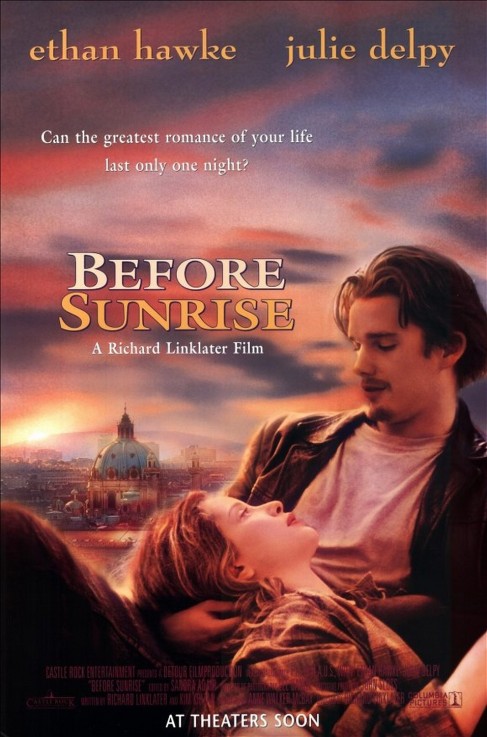 I have this vision of what it’s going to be like when I get up to heaven. I’ll die and then my body will float or fly or take some glass elevator up into the sky. I’ll step off onto the landing. There could be clouds or it could just be more of a white courtroom or white city. There could be gates, there could not be. I personally like to think of the city of Gondor from Lord of the Rings, all white stone and beautiful.  My religious upbringing has dictated into my mind a vision of a sort of chamber lined with Greco-Roman pillars and a modern day courtroom feel because, after all, the first part of dying and ascending up into heaven is to face judgment. Kind of like when you get a traffic ticket or murder someone. I’m not sure what the mood is. It could be celebratory or it could be more like the DMV with a bunch of people waiting in line to get processed through.

I realize that this is probably nothing what heaven will be like. But growing up I used to hear a story about how facing judgment was like facing a trial. You’d stand before God and perhaps He’d read your sins out loud from His chair or perhaps a movie of your life would play behind Him on the walls on heavens super high quality HD screens. After looking at your life he would read the verdict “guilty.” Only then, Jesus would burst in and declare you innocent because he had died for your sins on the cross. Then when God looked back at you all he would see was Jesus and your innocence.  It was a good story. Full of the sort of courtroom legal drama we in America have come to love.

The idea behind it was theologically correct and it was quite literally the good news of the gospel. To be fully known and yet fully loved. However, the vision I have of heaven is getting off the great glass elevator and then shuffling my feet up to the front of this white, possibly courthouse-ish room. God (as judge) will be shuffling papers around in his hand until he gets to “Rogers, Levi Justin.” He’ll look up at me then look back to the papers and then back to me and then say murmur something like, “hmmmm.” Then God just sort of shakes his head in an empathetic way giving me the look I’ve been expecting. Kind of like a good try but not quite sort of look. Almost a I wish there was something I could do sort of look.  He’s about to say something when I interrupt him. “I know,” I’ll say, murmuring in agreement.  “Don’t worry about it God,” and then I’ll wave goodbye. He’ll look at me, his eyes sad, but his hands tied.  And then I’ll turn around and go to hell.